Mentoring teams for digital projects and web development can be plain sailing. No, really.

The Psychologist Bruce Tuckman came up with the memorable phrase “Forming, storming, norming and performing” back in 1965 to describe the path to high-performance that most teams follow. Later, he added a fifth stage that he called “adjourning” (that others often call “mourning” – it rhymes a little better). Wikipedia covers them here –  Tuckman’s phases. 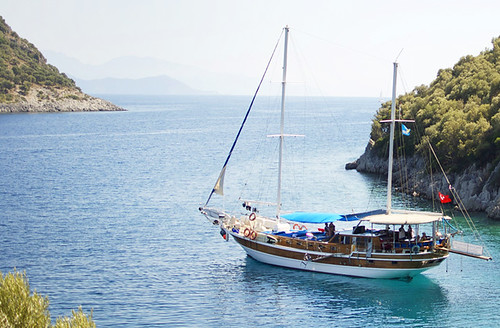 The phases can be seen in project teams of any size, formal or informal and in any setting. Understanding the phases is step one. Knowing how to navigate through each phase at an appropriate speed is the leader’s art. But also a skill for all team members.

Icebreakers, the more embarrassing the better, are great tools to break down the barriers in a Forming team. Unravelling interlinking hands, naming the teams mascot, balloon passing –  all feel a little bit childish. Yet remember how innovative we were as kids. How free our thoughts were…

The Storming phase, despite its name, can be innovation at its best. In a strict management led project – where the projects manager dictates workloads, task and roles – the manager can control overtly domineering team members and assert their positions, tasks and roles. They can also encourage the introverts and push the team through the phases.  Self selecting and self regulating teams, like those in Scrum don’t have this “luxury”, which in a way is a blessing. Team members fall to tasks which they can best perform.

The Product Owner’s job is to ensure they are focusing on the most valuable tasks to complete the project. They must instil an understand of what it is brining to the end product. Giving them an understanding of what, why and when lets them focus on the how.

A good example of teams passing through the Forming and Storming stages in subsequent iterations is the improvements in sizing. As the team learn to understand those that are optimistic and pessimistic about the complexity and time involved in tasks, they learn to how to explain their positioning and understand that of others.

When the team reaches the Storming stage, adhering to strict scrum processes and routine can comfort those who are worried about decisions being made. Point out the phases to team members that have concerns. Also, bear in mind that if your project has dependencies or requires new members mid project, your team to a certain extent, will revert to Forming again.

One Scrum practice that is paramount to the growth of the team is the retrospective after every sprint. An aid to the Mourning or Adjourning phases, the retrospectives focus on open and frank conversation around improvements. This highlights the strengths and weaknesses in the team.

The Mourning, of how things were in their old team encourages members to take the good points through to their next project.

They’ll carry experience of when to sail into the storm and when to tack.